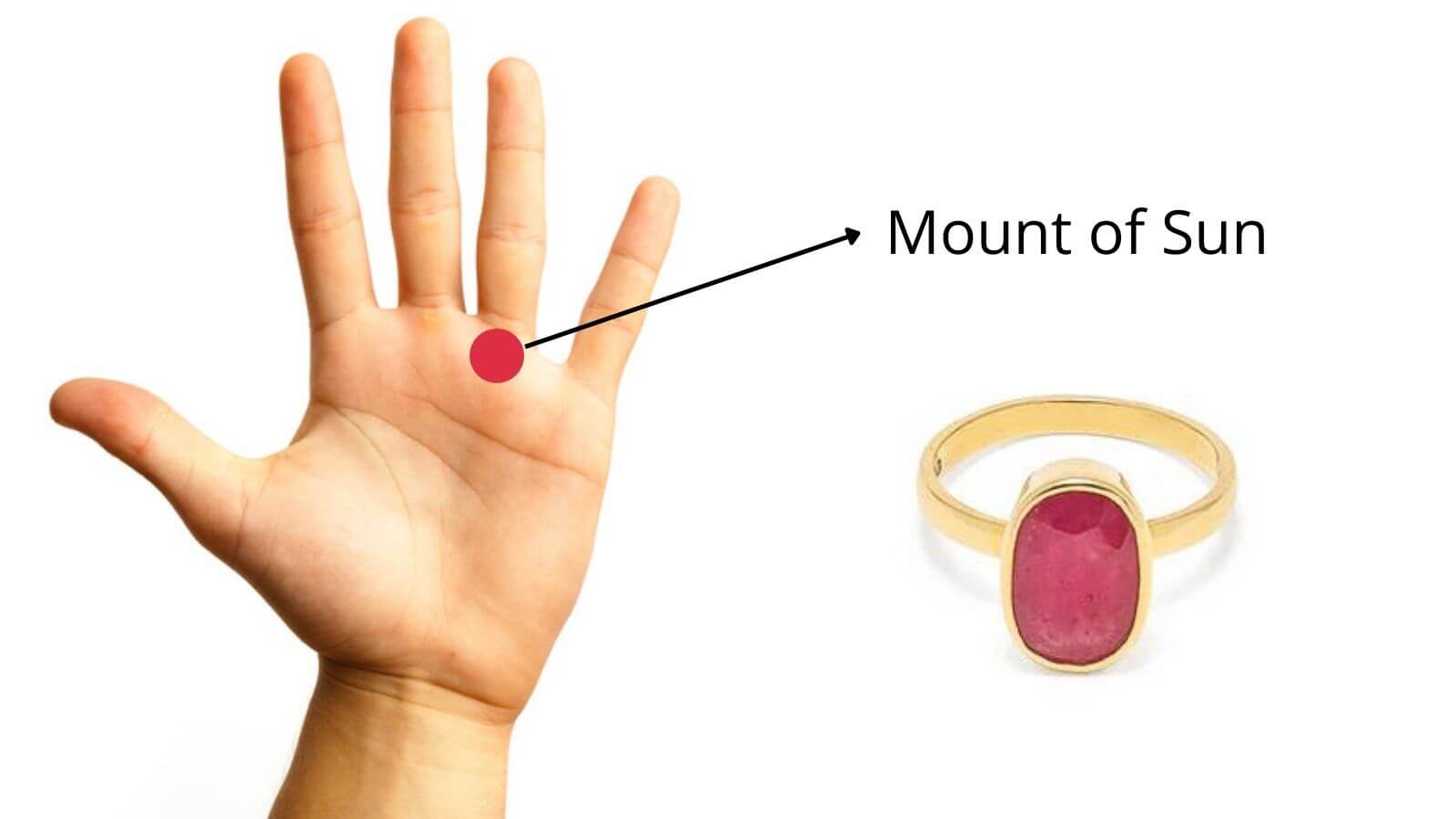 Ruby gemstone is one of the precious and effective gemstones. Gemstones are mostly worn on rings, do you know the mystery behind it? Every finger has a planet mount on it and that’s why every gemstone is worn on their finger having their planet’s mounts. Because wearing a gemstone in ring form helps to connect the gemstone directly to the planet. Ruby gemstone has immense effective benefits; it is a gemstone of planet sun. To avail the most effective benefits of ruby, it is important to wear it on its suitable finger, suitable day and following the right procedure of energization.

Wearing a ruby is good for strengthening the Sun in horoscopes, protecting from its negative effect.

Ruby also helps to increase coordination between father and son.

Improve leadership skills, wearing it can help you to lead or manage a team properly.

In which finger ruby is worn:

Ring finger of the left hand is directly connected to the heart; all the gemstones which are ruled by the sun should be worn in a ring. It is not necessary to wear it only in a ring. If the wearer doesn’t want to wear the ring, then he can also use other jewellery like a pendant and bracelet. The only thing that matters while wearing gemstone is that the stone should touch the skin.

At what day ruby gemstone should wear:

For wearing a ruby you need to choose the right day, on that day wearing ruby is considered auspicious. The day of wearing ruby gemstone is Sunday of sukla paksha, wear it on Sunday morning of shukla paksha between 5AM to 6AM.  Sunday is a day known as the day of the Sun. Ruby is a gemstone of planet sun, so if you are wearing it for astrology purposes, then please do it on Sunday morning.

How to wear ruby:

It is very important to energise all the gemstones and rudraksha before wearing them. Ruby also needs an energization process for releasing its energy, and helping you to get rid of your problems. Some things you need to keep in mind while wearing ruby gemstone, i.e., wearing it on your right finger, wearing it on Sunday, energise it before wearing. You can easily energise your ruby gemstone by following this method

Take some raw milk or honey, gangajal, basil leaves and incense sticks. You need to add basil leaves in milk or in honey then wash it from gangajal. Burn 5 incense stick  and show it around ruby 11 times, then hold the stone and chant the mantra “ॐ ह्राँ ह्रीं ह्रौं स: सूर्याय नम:” 108 times, now you can wear it.

Ruby comes from different origins, some of the main origins or rubies are Burma and Mozambique. Burmese ruby is considered more effective and known for its saturation. Burma is the oldest origin of ruby, Mozambique is the new origin.

Color of ruby also has an effect, the brightest colour must be heated. Ruby with pinkish red colour is good for astrology. Pigeon red is the most popular color in ruby. And pigeon blood ruby is a high quality ruby.

Ruby is one of the most beautiful and precious gemstones. It has many different qualities and many different price ranges. But, the starting price of ruby is 1000 per carat and goes on. Ruby is the gemstone which is more expensive than diamond.

Moissanite or cubic zirconia:Which is best for you