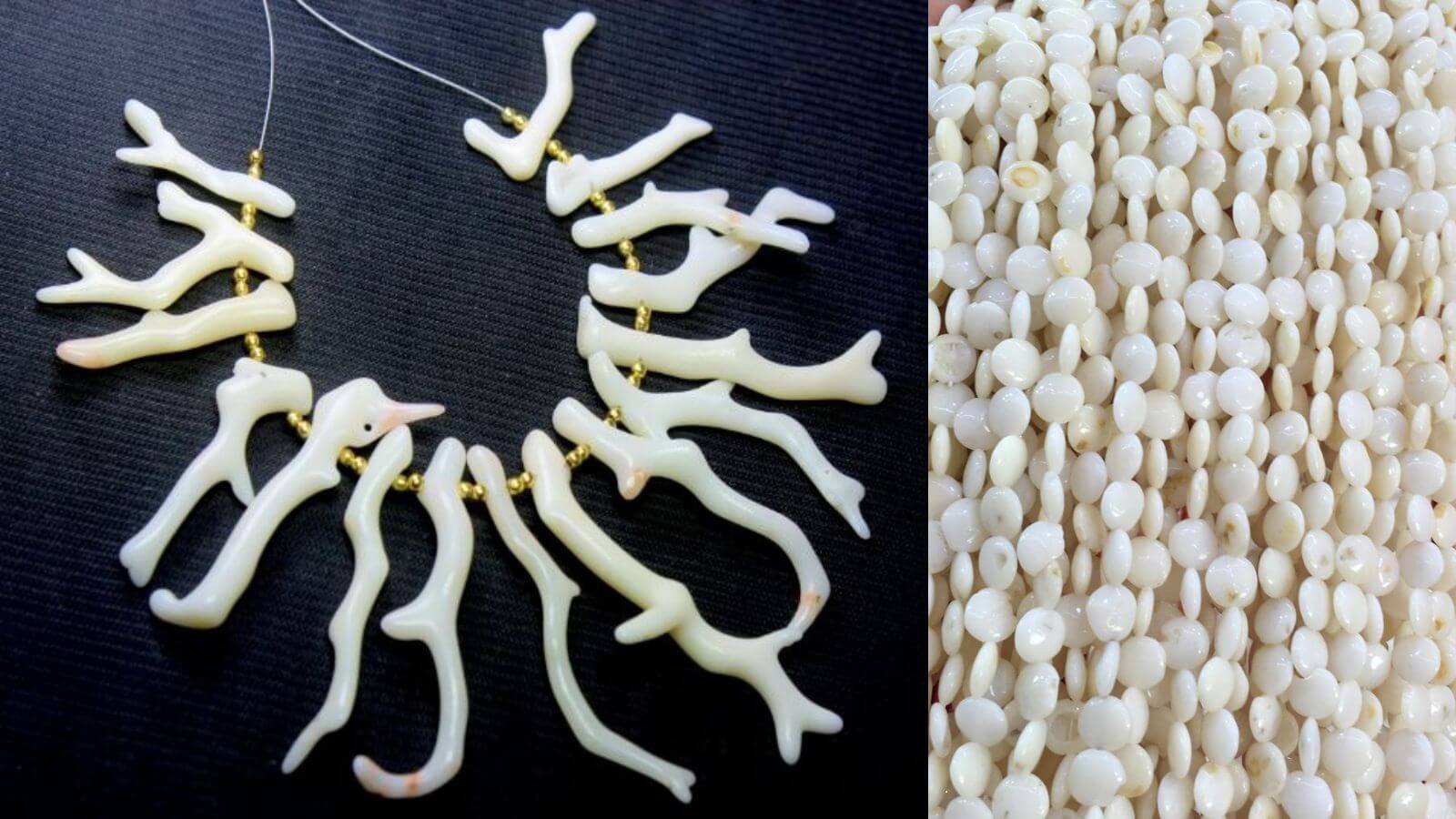 White Coral or safed moonga is formed under the sea by a marine creature named polyp. Coral is the shell of a polyp marine creature. Coral is formed in many different colours and counted in precious gemstones. Red, orange, white and sometimes others also. In astrology, white coral represents the mars planet. It removes the laziness and fills the body with energy. There are many benefits of wearing coral gemstone, as it gives relief from stress and other health diseases. Coral has many different properties so it can be used by different people for different purposes. Best quality comes from Japan and Italy. Coral gemstones also have many shades and qualities. Milky-white coral is good for astrology and most usable.

Benefits of white coral in astrology:

Strengthen Mars in horoscope: White coral is ruled by the planets that are mars. Wearing it protects its wearer from the ill effect of mars and if it is weak then also strengthen it.

Effective in anxiety: Wearing a coral stone helps the wearer to deal with anxiety, tension, depression and mental stress. Increase focus and concentration power of its wearer.

Good for conceiving baby: Any couples, who want to conceive a baby or facing the problem of miscarriage, should use this stone for baby. It promotes a healthy and normal delivery.

Health benefits of White coral: It is good for diseases related to blood, asthma, bronchitis, leukoderma, leucorrhoea. It also increases metabolism. Strengthen immunity and protect from having disease.

Coral is an effective and beneficial stone. It should be worn by the people having wrongly placed mars planets in horoscopes or weak mars. It will help them to protect themselves from the ill effects of mars planets. On the other side, white coral is suitable for the couple want to conceive baby but facing some problems like infertility, miscarriage, delivery problem. It will help them to conceive a baby without any problem. White coral is also suitable for the students because it improves the concentration, focus and gives relief from any type of anxiety.

How to wear/ Procedure of wearing white coral:

Day and Time: Coral is connected with the mars planet. So it is auspicious to wear coral rings or pendants on Tuesday morning.

Colour: White coral is obviously white color but if it is worn for the astrological purpose then it should be opaque and spotless and clear also. Carat Weight: At least 1/10th of the body weight is good for wearing coral stone.

Origin: Coral originated in different origins as they come from India, Japan, Italy, Australia, Malaysia and many more. But the coral which comes from Italy and Japan are considered better than other origins. These two are the most popular and most used in astrology.

Colour: Colour of white coral gemstone is obviously white. But sometimes it is shiny and sometimes it is dull. Sometimes it also contains some pinkish layer on its surface but milky white colour is good and useful in astrology.

Clarity: But it is available in different qualities like spotted coral, groove pits or some black spot on the surface of the coral gemstones. A spotless and lustrous white coral is good in astrology.