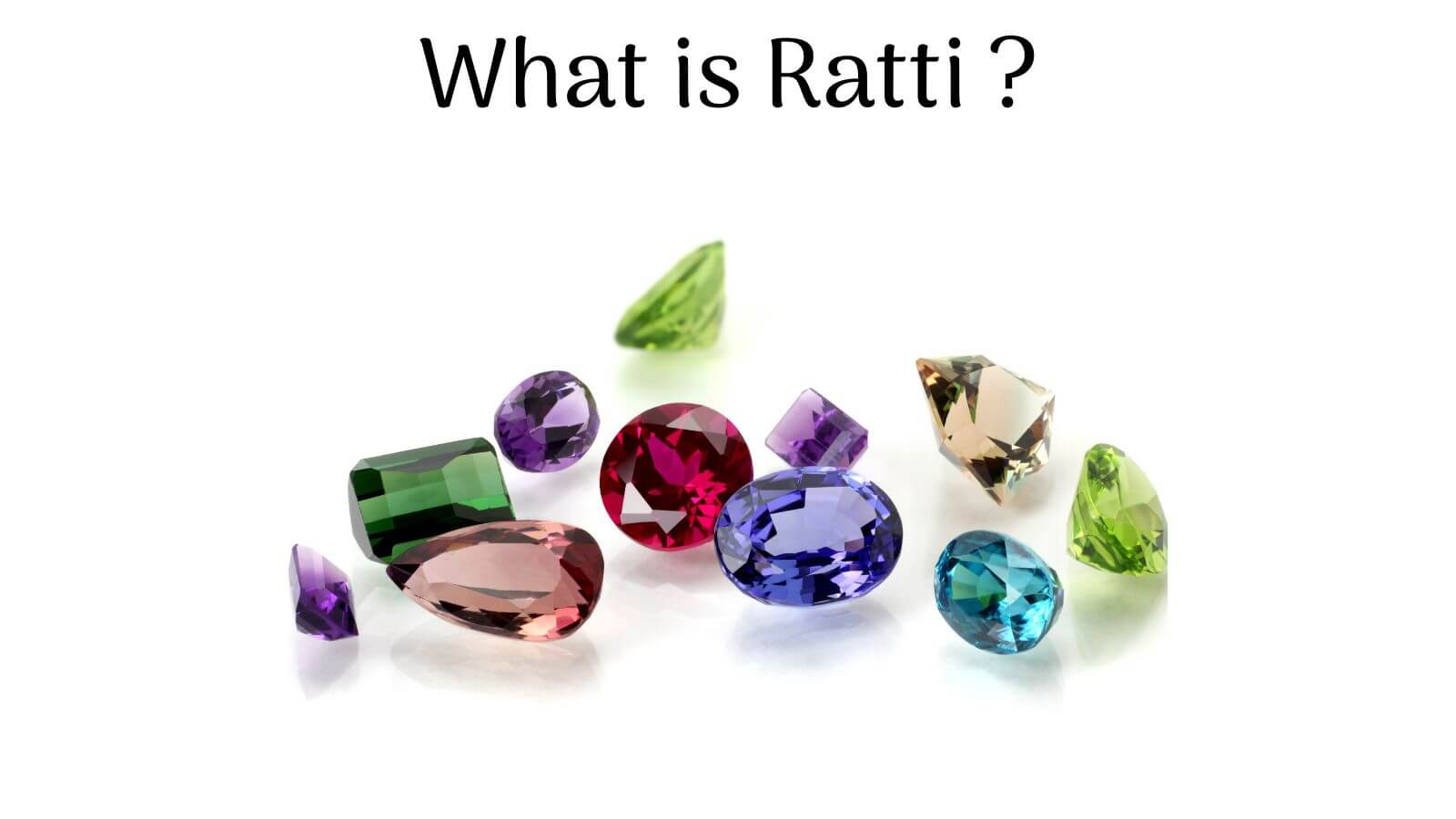 Ratti is a measurement used in India by jewellers. The word Ratti is derived from Sanskrit work Raktika means weights of mass. In India, This is a measurement used for measuring gemstone. 1 ratti is equal to 180 milligram. Ratti grows on a plant and the plant on which it grows is also called Gunja, the legume grows on the Gunja plant, and the seeds inside those beans are called Ratti, whatever the shape of the pod may be but the size of the seed always remains the same.

The size and weight of all the seeds are the same; there is no difference between them. Due to the lack of tools in the earlier times, people used to measure precious metals like gold and silver by Ratti. The weight of a Ratti is 121.49, 8 Ratti is 1 Masha, 12 Masha is 1 Tola, 1 Tola is about 10 grams, on the basis of which gold is measured.

Difference between Carat and Ratti:

How much weight of a gemstone is worn:

In astrology, gemstones are worn for availing its benefits and use as a protection of negative effects of wrongly placed or weak planets. Now you have to wear Gemstones for profit, then you will get the benefit only when the correct weight of Gemstones is worn, check below, how much weight of which Gemstone is right to wear. 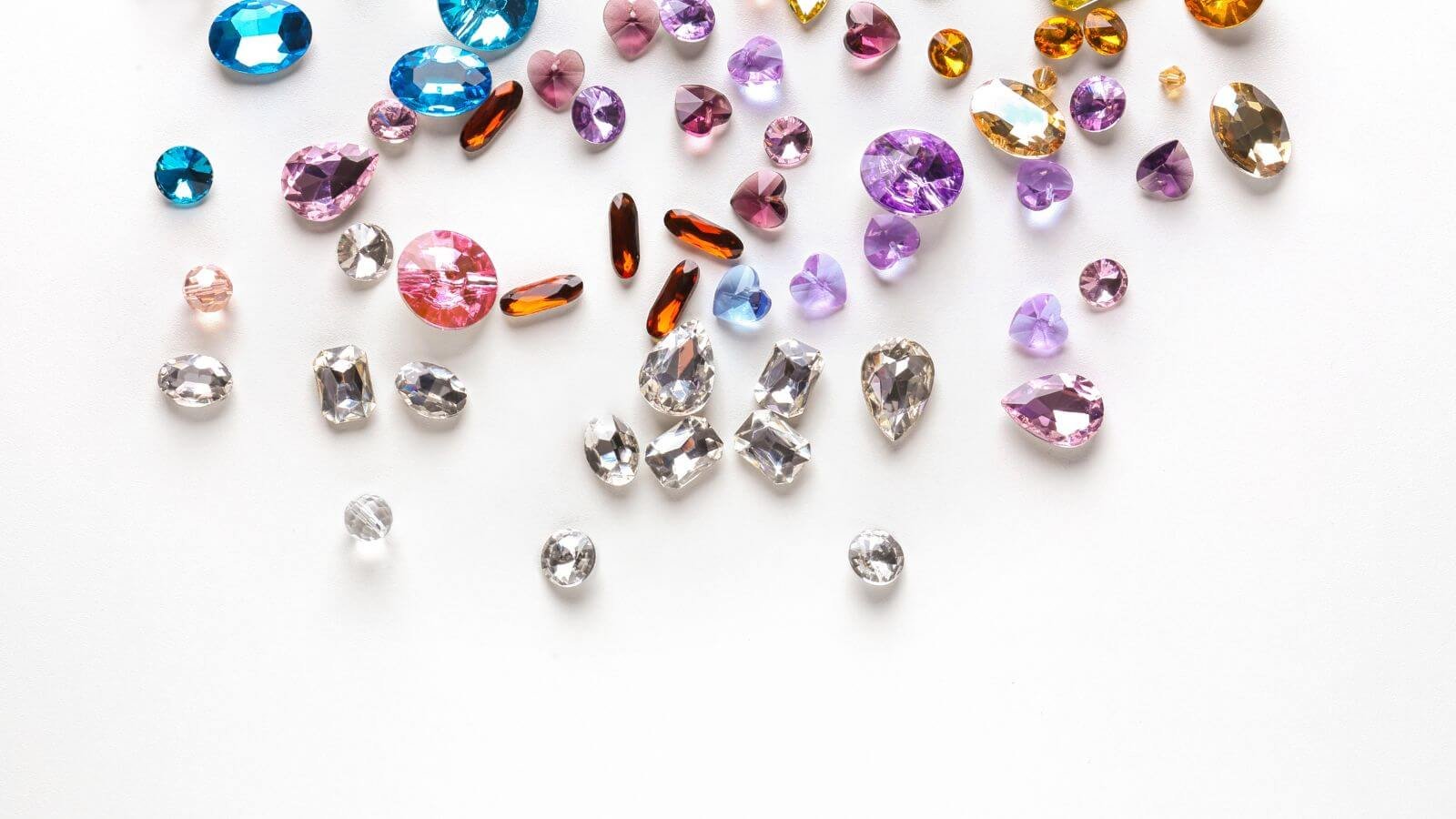 Blue Sapphire (Neelam): Blue sapphire gemstone is considered to be the most effective gemstone, for the best effects it is very important to wear the enough weight, so the minimum should be worn at least 4 to 5 and if it is worn more than this, then more and more benefits are available.

Ruby (Manik): Ruby is a gemstone of planet sun and strengthens the sun in horoscope. A ruby gemstone should be worn more than 4 and the more the weight of Ruby increases; more will be its benefits. 4 is just a weight but a good benefit will be available only if a good quantity of ruby is worn.

Emerald (Panna): Emerald should be worn for more than 3, it will be beneficial in 3, 3-6 will be of little more benefit and wearing more than 6 will be best and will get more and quicker benefits.

Coral (Moonga): Coral gemstones ruled by mars planet are used for manglik dosha, for protection of manglik dosha it should be worn of at least 6. Wearing less than this gives less benefit, so it would be better to wear more than 6.

Hessonite Garnet (Gomed): Hessonite garnet is known to be worn for positive effects of rahu planet, Rahu is such a plane that gives many bad negative effects, then at least 4 or 6 is worn to avoid its bad effect. Wearing a hessonite garnet of 4, 6 or 11 is good but should never be worn with 7, 10, 16.

Cat’s Eye (Lehsuniya): Cat’s eye gemstone is worn for wrongly placed and weak ketu planets in horoscopes. For getting its more benefits it can be worn for 4 or 7 but should never wear 13 or else it may face loss or negative effects of ketu.

Difference between Ruby and Pink Sapphire

Everything to know about Amethyst Stone