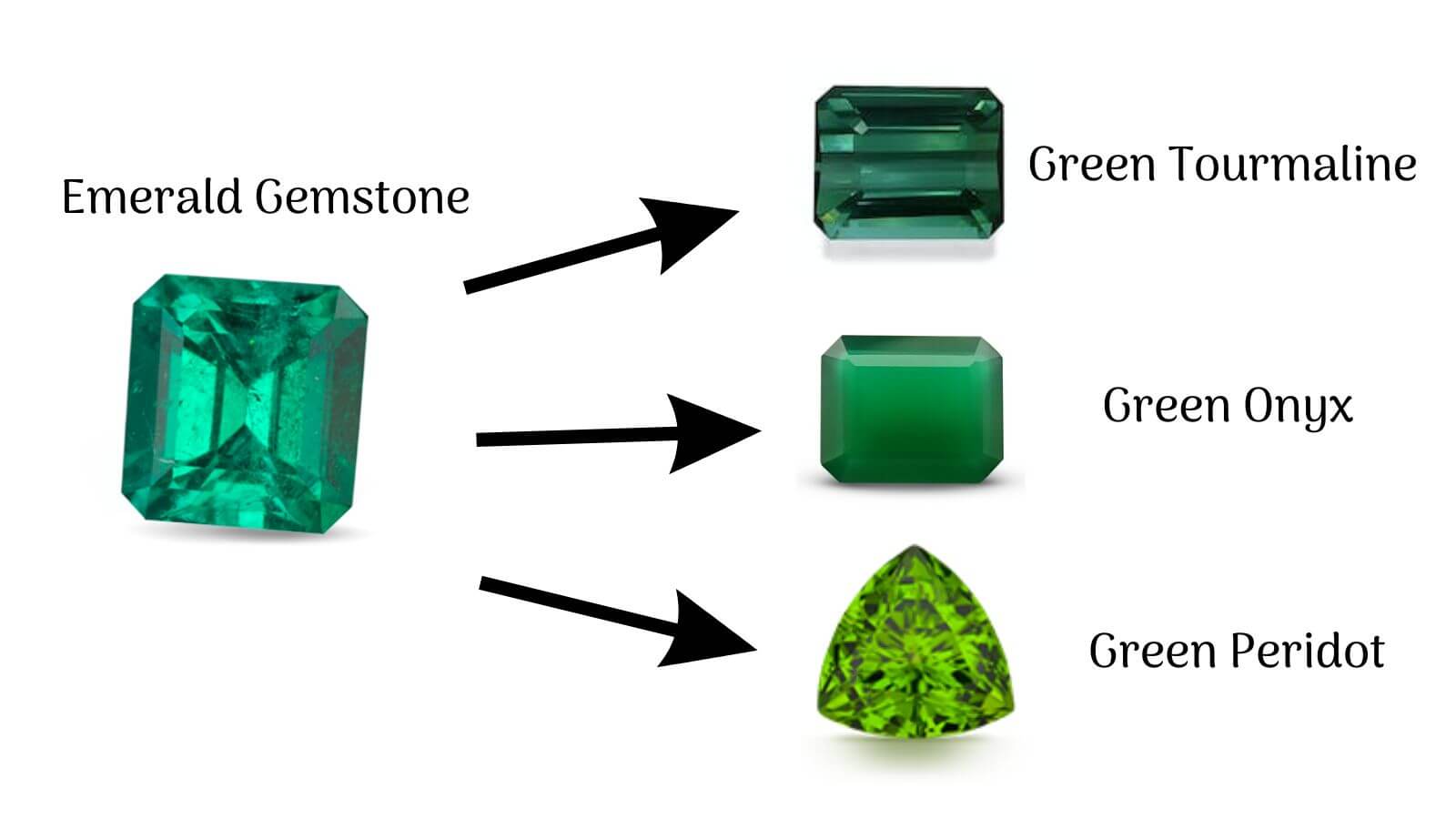 Peridot is an effective substitute of emerald gemstone. It’s a transparent green colored gemstone with a hardness of 6.5 to 7 on the Mohs scale. There are many facts behind the emerald gemstone. Peridot stone is from an ancient time and mostly by the Egyptians, they considered it a “gem of sun”. The stone peridot is known as “evening emerald” as it shines brighter even in the artificial stone.  It has all the same benefits as emerald gemstone like it improves growth in professional life, cures health disease and other also. According to Indian and western astrology, peridot is also a birthstone of the month august.

Green onyx is a green variety stone belonging to the onyx or agate family. It is also worn as a substitute of emerald and placed in homes for its effective benefits. It contains all the similar benefits of emerald but it also has its own healing properties for which is it mostly used for that this stone removes negativity, cures many health diseases, and improves health diseases. It can be a good substitute for emerald gemstone.

Qualities of Green onyx: In green onyx, there are not so many varieties. It should be natural only if it is worn for the it’s healing benefits of as a substitute of emerald gemstone. All the shades of green onyx stone can be used, light green to dark green. It should be only inclusion free and less inclusive. Stones with high inclusions are not good in quality and also useless. A minor inclusion doesn’t affect its benefits and can be used.

Vedic Astrology: What is it, and How is it Important ?