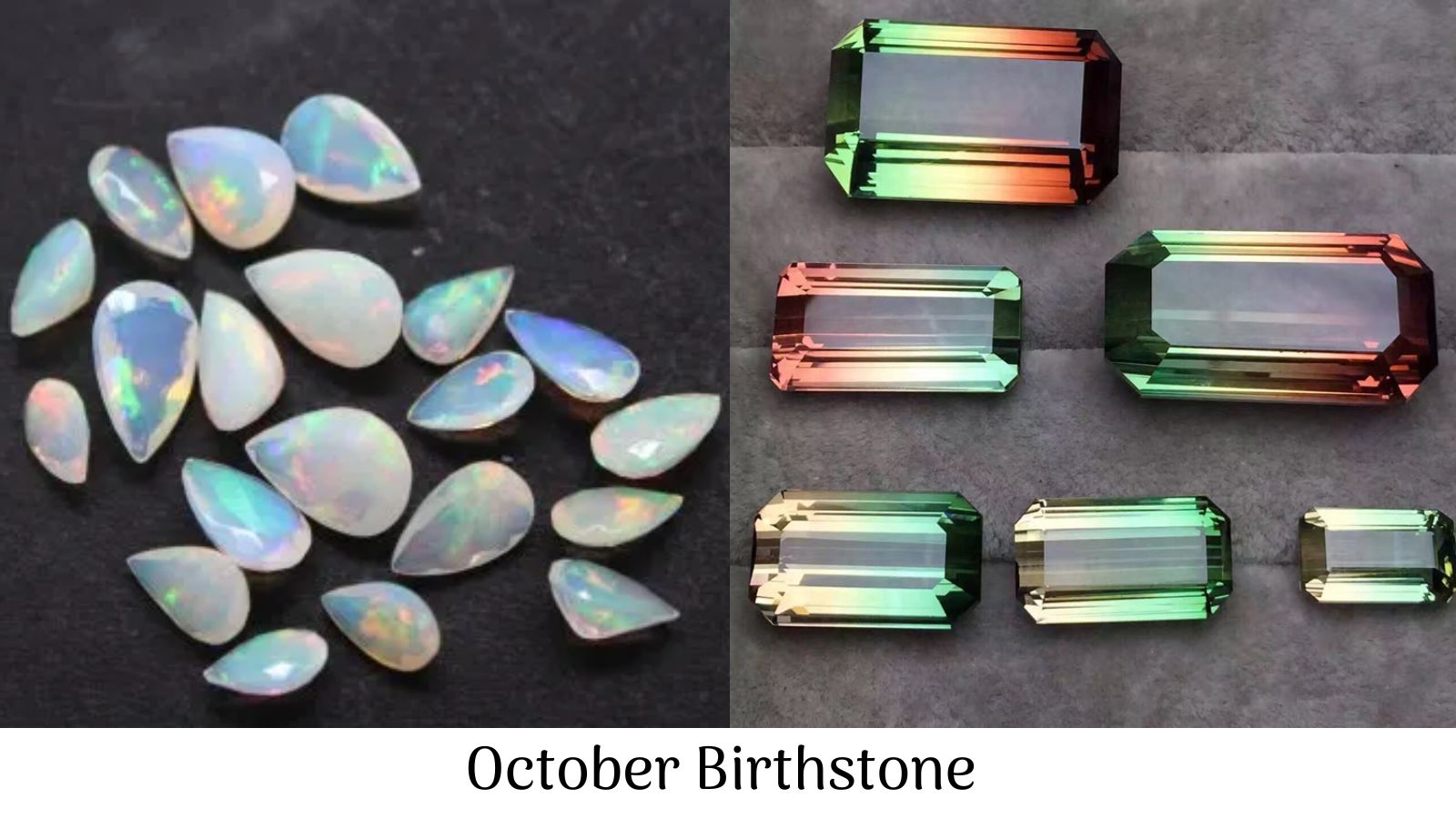 There are wide varieties of jewelry for October born people. Both October birthstones have different benefits, different properties and different ruling planets. Opal is opaque and shows a reflection of different colors and cabochon in appearance. Tourmaline is a mixture of two colors, mostly translucent and usually faceted. Both of the birthstones have unlimited color combinations. Opals represent Luck and love, tourmaline represent humanity. Both gemstones have only benefits; there are no side effects of these two birthstones. Anyone can wear it and avail its benefits.

Traditional October birthstone is opal. Opal gemstone is known for its beautiful colorful appearance and beneficial astrological benefits. While entering the natural lights, opals display a “play of color” called fire. The name Opal is derived from the Sanskrit word upala, after some time it becomes opalus, meaning “play of color”. These October birthstones have a hardness of 5 to 6.5. This is also a substitute for precious gemstone diamonds. It is said that if you are dreaming of an opal which means good luck in coming.

Attracts luxury: Opal is an effective gemstone used for attracting good wealth and promoting a luxurious life. Fulfil all the wishes, attract more and more money and provide a luxurious life to its wearer.

Health benefits of opal: Wearing opal gemstones also affects health. It cures many health diseases like liver, kidney and other hormonal diseases. Other varieties of opal cures other disorders.

Work as a shield: All the tourmalines are good for the protection from the negative energies. It works as a shield on the body and environment, removes the negativity and attracts positive vibes.

Removes stress: Wearing it can help you to get rid of mental stress; it removes the entire negative thought, anxiety and tension from mind, provides stability and strong concentration power.

Detoxify body: Some astrologers and gem experts believe that tourmaline has the power of detoxifying the body. It attracts good fortune, positive vibes and brings joy and happiness.

What is Ratti: Importance of Ratti in Gemstone