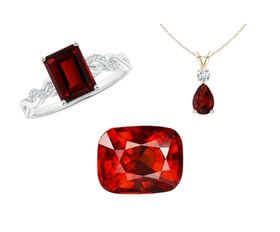 Hessonite garnet is a semi –precious gemstone belongs from grossular garnet mineral family. It is deep brown in color also known as Gomed. It is worn for protecting negative effect of rahu. This stone is very beneficial for success.  Other thing that stone is worn for is overcoming from fear.

Finger: There is no particular finger for wearing gomed. Finger for gomed is suggested by astrologers. But most of the time gomed in wear on middle finger for effective results.

Weight: Measuring unit of gemstones is carat. Gemstone is worn according to body weight. At least 1/10 of body weight. For e.g. people with body weight 40 kg should wear 4 carat of gomed.

Day and time: For wearing hessonite garnet Saturday is considered best day. Wear it on Saturday morning 6:00 AM to 12:00 PM.

Protect from negative effective of Rahu: Rahu is the planet which rules hessonite garnet is not at the right place in horoscope it can destroy life. Therefore, it is very important to avoid the negative effects of Rahu.

Helps in career growth: There are many people who are not able to get success even after doing hard work. Many people face problems in making a career. This stone helps the wearer in his or her career.

Hessonite garnet can be worn by anyone. But this stone gives more effective result to those people who have Rahu effect, whose rahu is wrongly placed in horoscope or weak and want to make their Rahu strong. In brief Gomed is worn by those people who want to protect themselves from negative effect of rahu.

This stone is also suggested to wear people with zodiac sign Aquarius according to Indian astrology but according to western astrology this stone is birthstone for Gemini. Except zodiac sign Gomed can be worn by those people who want to overcome from fear, having health issues related to asthma, indigestion or anxiety. People worn hessonite garnet in jewellery without knowing its astrological benefits.

Origin: Generally price range of gomed start from ₹125 to ₹4,600. Gomed comes from Ceylon is highly expensive and also gives best result to the wearer. Hessonite garnet comes from other country are not so expensive and not instant effective.

Color: As you read above, hessonite is available in every shade from honey yellow color to deep brown color. Every gomed is different in price.

Cut: Gomed are founded in every shape and cut. People worn jewellery according to their need and their choice. Price of every gomed or gomed jewllery is different. These depend on the retailer of hessonite garnet.

Color: Hessonite garnet is founded in every color. It is available in honey yellow to deep brown in all shades. Gomed which match the color of cow’s urine is more preferable.

Clarity: Hessonite is rich in color and transparent in appearance. This looks very beautiful and pretty.

Treatment: There are the two treatments done with gemstone that is heated and treated. These treatments are done just to change look and shine of the gemstone. But when it comes to quality only natural gomed are preferred. 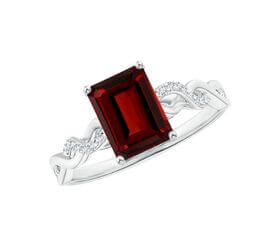 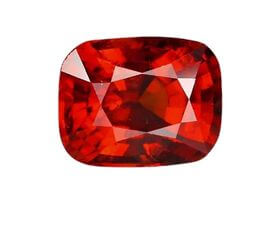 FAQ
Which gemstone are not wear with gomed?

In which time period hessonite is worn?

Rahu Dasha is the time period when hessonite garnet are suggested to wear it gives more effective result on that period and protect from negative effect of rahu.

What are the main benefits of hessonite?

Which country provides the best quality of hessonite?

There are many countries that provide hessonite but when it comes to quality Ceylon provides the best quality of hessonite garnet gemstone.

Sanjay is very cooperative in understanding customer requirements and is truly a skilled professional! He accomodated all my requirements and delivered the Moissanite Ring for which I had placed an order in the best possible way. The ring is very beautiful MashaAllah and craftsmanship is upto the mark! To sum it up - I would say The product, The packaging and The delivery were Amazing!!