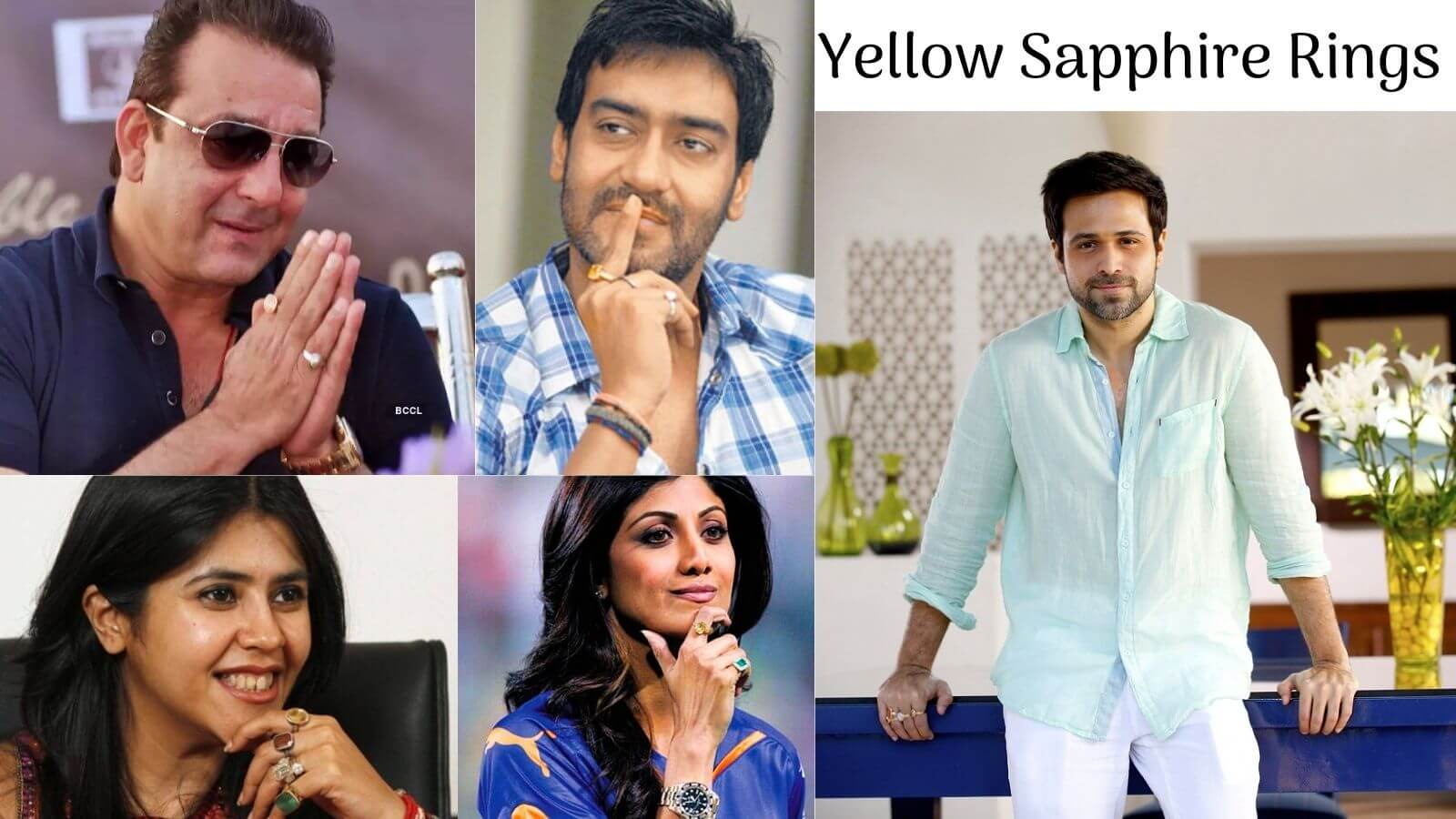 Yellow sapphire is a popular stone belonging to the corundum mineral family and also known as Pukhraj. Yellow Sapphire is ruled by the planet Jupiter which controls the intelligence power of a person. Some of the benefits of yellow sapphire are that it attracts success in career, work or business, attract fame, prosperity, wisdom and money. For women it is more beneficial as Jupiter represents the husband in a women’s horoscope so, wearing a yellow sapphire can help them to find a good life partner and early marriage. Another of the effects of pukhraj is that it protects from various diseases and health issues.

In the most popular film industry, many celebrities are working. All are having fame, prosperity, power and good financial condition. They all are hardworking but sometimes for getting success hard work also needs a boost. Here gemstone helps them to get what they want to achieve.

How Yellow Sapphire is effective for them

Sanjay Dutt: Sanjay dutt is one of the most famous celebrities and had a lot of struggle in their life and career. Almost every person knows the biography and about his struggle he faced and how he is successful now. Sanjay dutt had faced many things in life, addiction of intoxications, not able to become successful, he almost lost everything. Here, the pukhraj gemstone plays an important role in his life. Yellow sapphire helps him to work in various movies and get a peaceful and a happy life.

Ajay Devgan: Ajay Devgan is one of the famous personalities. He did a great role in film industry. Everyone is fan of him, his action and his acting. He gets the success and he is able to make his professional life better with the gemstone. As you know pukhraj is the stone that help in to attain the success. Now he is known as “Singham” but there was a time in his life where he wasn’t successful but struggling a lot. After wearing yellow sapphire his one movie was a super hit named “Singham”. This is how yellow sapphire helped him.

Ekta kapoor: Ekta kapoor is the person who is loved by all Indian women. She is a very recognized face, she has made many serials and her serials were loved by every Indian woman. She has accepted that wearing gemstones by her has changed her life. He has gained a lot of fame and prosperity. Pukhraj is good for success but it is also effective for attracting fame. It is one of the benefits of yellow sapphire that wearing it can help the wearer to gain fame and prosperity. That’s how yellow sapphire helps her to gain fame.

Shilpa shetty: Shilpa shettty is a beautiful woman; there was a time when she was doing well in her career. She did a great job in her life. Shlipa has worn yellow on her mother’s demand because she was not able to make her career; she was depressed and broken because of her relationship and her health was also not good. After wearing the yellow sapphire she easily moved on, able to focus on her career and married to raj kundra now she is happy in her life, her married life, her health, her career everything is going perfect. This is how yellow sapphire helps her.

Emraan Hasmi: Emraan Hasmi is known as the most romantic actor in the bollywood industry. He did a lot of hard work to reach here. He works in many movies, he played different roles in different movies and every role he played looked genuine. After doing this much hard work he found himself not successful. At that time yellow sapphire helped him. He was wearing yellow sapphire which help to reach his goal and get the entire thing he wanted. He is successful, gained fame and prosperity. Yellow sapphire helped him a lot.