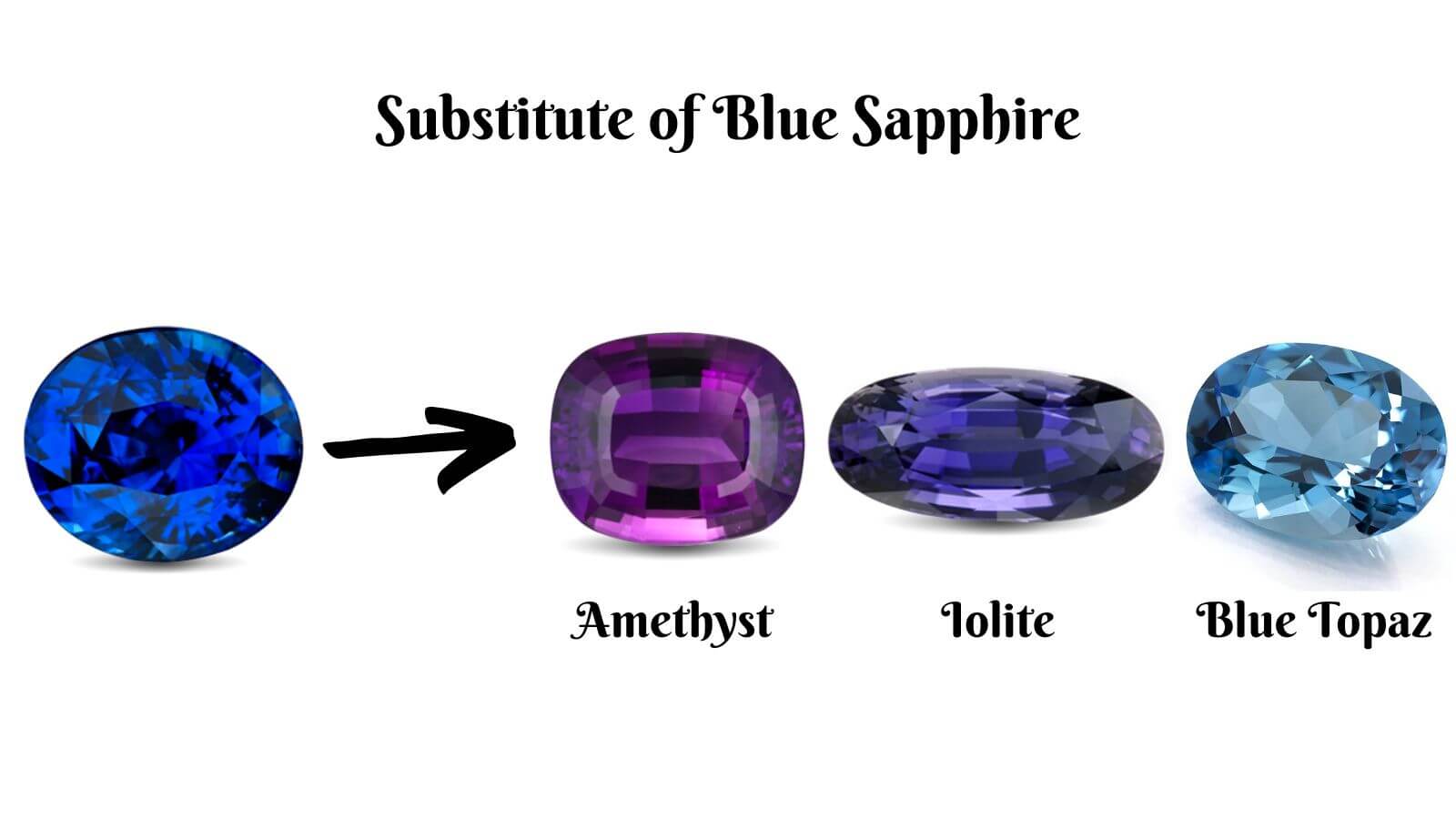 But, it can’t be worn by everyone, it also has a negative effect on some people and that’s why people wear substitute of blue sapphire. Blue Sapphire shows its effect very quickly, its effects are visible only after some time of wearing it. People who do not suit it but still want to wear it and want to take advantage of it, and then they can use substitute of blue sapphire which contains all the benefits of it.

Amethyst is a violet colored stone also considered a good substitute of blue sapphire gemstone. It contains all the benefits of blue sapphire gemstones, it attracts good luck, improves decision making powers, helps to get out from mental blockage, brings clarity in thoughts and gets rid of various health diseases. Amethyst is also a traditional birthstone of the month February. It has the purplish luster, it is also used as a healing crystal and easily available in different forms like, geode, cluster, sphere and many more. This stone is also a traditional birthstone of the month of February.

Qualities of Amethyst: If you are using amethyst as a substitute of blue sapphire then you should choose the highest and best quality of it. Amethyst originates from Russia, Zambia, India, Brazil, Myanmar, Madagascar, Mexico and Sri Lanka. High quality amethyst with high transparency and lustre comes from Africa, Brazil and Zambia.

Iolite is also a substitute of blue sapphire gemstone that looks exactly like Blue Sapphire, a normal person can’t tell the difference between Blue Sapphire and Iolite. It is connected with the Saturn planet, protects from its ill effects. Benefits of iolite are that it brings success in academic life, unlocks the chakra of the body, cures health diseases and gives relief from mental stress and disorders. Iolite provides a way to get out of negative thoughts and confusion. Iolite is pleochroic or dichroite stone which means it appears in different colours when seen from different angles.

Qualities of Iolite stone: Countries from Iolite come from Myanmar, Burma, India, Brazil, Madagascar, USA and Sri Lanka. Among all these countries India’s and Madagascar’s iolite are very popular and high in lustrous. Iolite originating from other countries are also good but not so preferable in astrology. Just like other gemstones, it does also include natural inclusions and its inclusions can be seen from naked eye. The lesser inclusion the higher the quality of stone and with the increasing of inclusions quality decreases.

Qualities of Blue Topaz: Some major origins of blue topaz are Brazil, Russia, India, Japan, USA, Mexico and Australia. Among all of these countries Brazilian topaz are highly preferable and also good in quality.

Malachite Stone: All the Important information about it